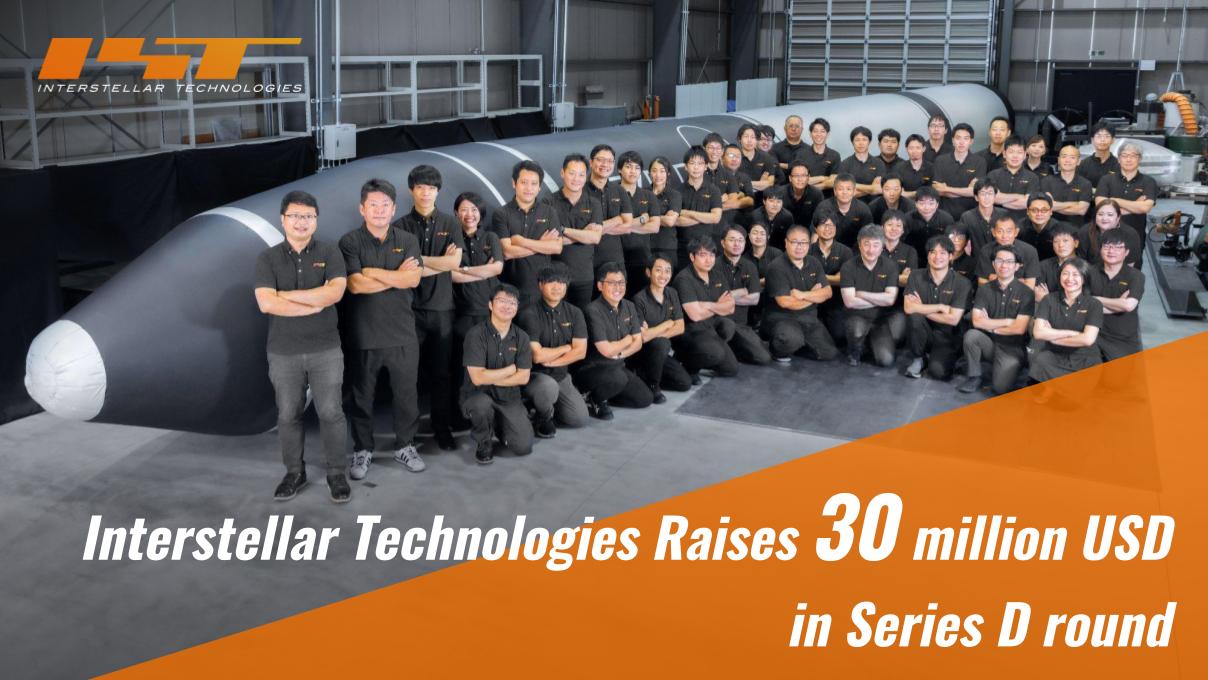 Interstellar Technologies Inc. (headquartered in Taiki, Hiroo-gun, Hokkaido; Takahiro Inagawa, President; hereinafter “IST”), a comprehensive space infrastructure company that aims to solve Earth’s problems through space transportation and utilization, has raised a Series D round of financing totaling 3.8 billion yen,30 million USD such as SBI Investment Co., Ltd.(*1). The funds will be used for research and development, capital investment, personnel hiring, and material costs for the ZERO microsatellite launch vehicle, which is being developed and manufactured with the aim of launching first orbital launch vehicle.

The global space market is expanding year by year and is expected to grow to a massive 110 trillion yen by 2040, nearly three times the current market size (*2). In particular, demand for small satellites is growing significantly, which is expected to have a ripple effect on a wide range of fields, such as the spread of satellite-based Internet communications and the realization of a “super-smart society” that utilizes satellite data.

On the other hand, despite rapidly growing needs, the number of domestic launches of rockets, the only means to transport satellites, is limited to a few times a year, or about 2% of the world market share (*3), and half of domestic satellite launch demand is currently being diverted overseas. Furthermore, due to the war in Ukraine, Japan, Europe, and the United States are no longer able to use Russian rockets, which used to account for about 20% of the world’s space transportation, and the lack of space transportation capacity has become a global bottleneck in the expansion of space utilization. IST will contribute to realizathe low-cost, high-frequency space transportation by bringing ZERO to the market as soon as possible.