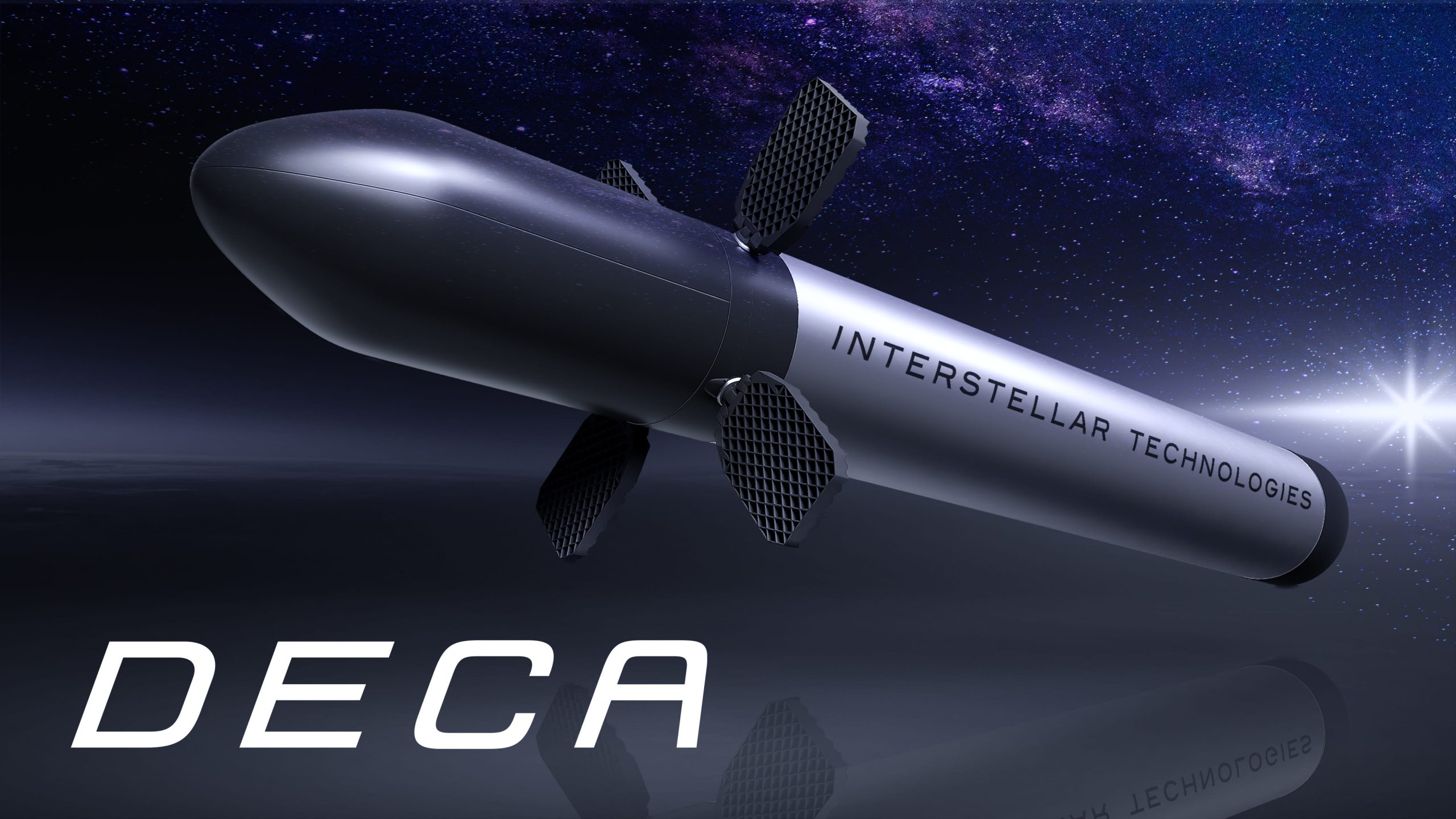 Interstellar Technologies Inc. (headquartered in Taiki, Hiroo-gun, Hokkaido; Takahiro Inagawa, President; hereinafter “IST”), a comprehensive space infrastructure company that aims to solve Earth’s problems through space transportation and utilization, has announced plans to develop the first private-sector large launch vehicle “DECA” in Japan. Aiming to realize a service suitable for the era of mass transportation to space in the 2030s, we will actively contribute to securing a low-cost, self-sustaining future space transportation system for Japan.

Space transportation systems are the infrastructure supporting the industrial base of the space market, which is expected to grow significantly in the future, and competition is intensifying worldwide with the entry of private companies, led by SpaceX (US). If Japan loses its own launch capability, the loss of national interest due to the loss of independent access to space will be enormous, and the importance of securing a low-cost, internationally competitive space transportation system in Japan will increase.
In the “Summary of the Study Group on the Roadmap towards the Realisation of Innovative Future Space Transportation Systems” released in July 2022, the Japanese government stated that it will develop a rocket with a drastically reduced cost, less than one-tenth of that of conventional rockets, in cooperation with the private sector. DECA will use low-cost rocket technology that has been proven and accumulated through the development and manufacturing of the sounding rocket “MOMO”, which has reached space 3 times, and development of the microsatellite launch vehicle “ZERO”, which is being developed with the aim of launching the company’s first orbital launch vehicle. IST will drastically reduce costs by reusing technologies and incorporating state-of-the-art reuse technologies. In doing so, we will contribute to the development of domestic space transportation capabilities. 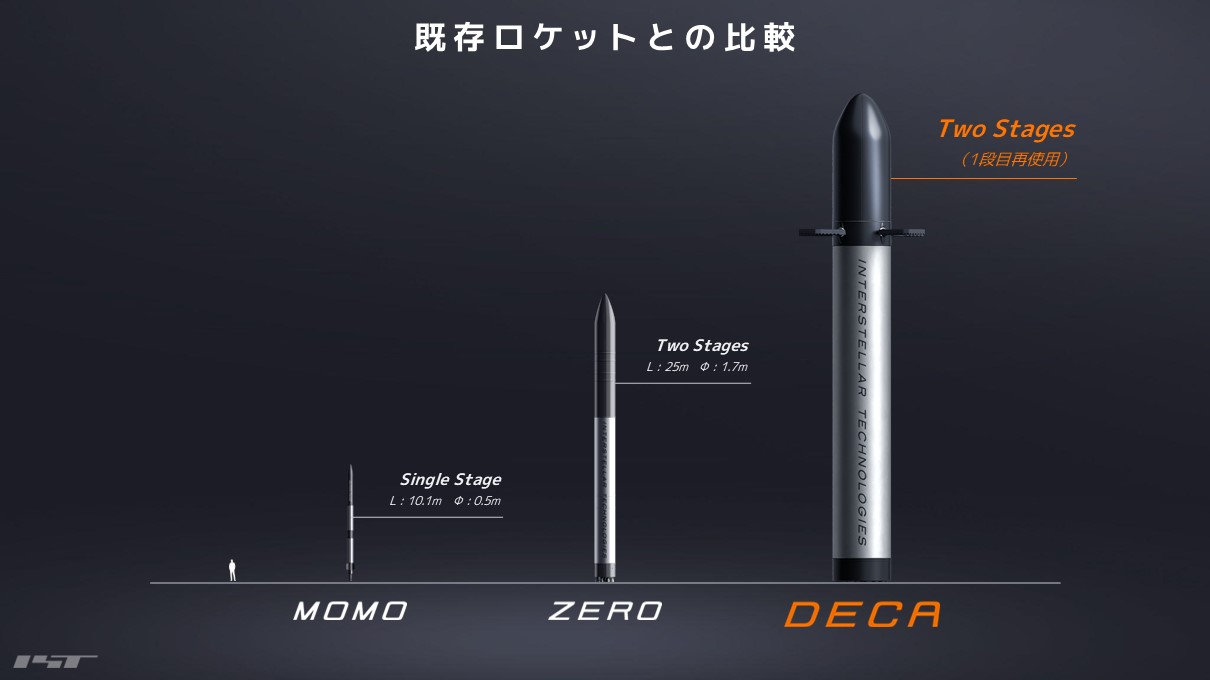 DECA is a large launch vehicle that can not only build small satellite constellations, but also launch large satellites into orbit and transport cargo to the ISS, thereby contributing to the expansion of Japan’s space transportation capabilities. DECA will also be responsible for launching the satellite constellation targeted by “Our Stars”, a wholly owned subsidiary of IST that develops satellites, and will conduct mass launches with a high degree of freedom by maximising the strengths of vertical integration of rocket and satellite.
Both IST’s MOMO and ZERO have been designed to achieve dramatic cost reductions through design innovations and production technology innovations, and DECA will inherit this concept. In addition, reuse technology, which has only a small cost advantage for small rockets such as ZERO, will be adopted in conjunction with the larger size rocket to establish an internationally competitive space transportation service in Japan at a price that is an order of magnitude lower than that of conventional rockets.

The global space market is expanding year by year, and the demand for satellites is growing significantly. In particular, the construction of small satellite constellations has become an indispensable technology for the expansion of space utilization, such as the spread of Internet communications and the realisation of a “super-smart society” based on satellite data.
Rockets are the only means of carrying satellites, and the number of launches worldwide, led by the United States and China, is increasing dramatically every year. Meanwhile, Japan had 0 launches in 2022, compared to 174 for the world as a whole, and much of the domestic demand for satellite launches has been diverted overseas. In addition, the war in Ukraine has made it impossible for Japan, Europe, and the United States to use Russian rockets, which account for about 10% of the global space transportation, and there is a need to increase domestic space transportation capacity from an economic security perspective.

Origin of the Rocket’s Name DECA

DECA is a prefix in the International System of Units (SI), which denotes a quantity that is 10 times larger than the base unit. The rocket DECA was named because it is a rocket that follows ZERO (= 0) and because it aims to evolve one order of magnitude higher in its role of mass transportation. We also took into account the “10” of the fact that 2023 will be the 10 year anniversary of the start of Interstellar Technologies’ business.