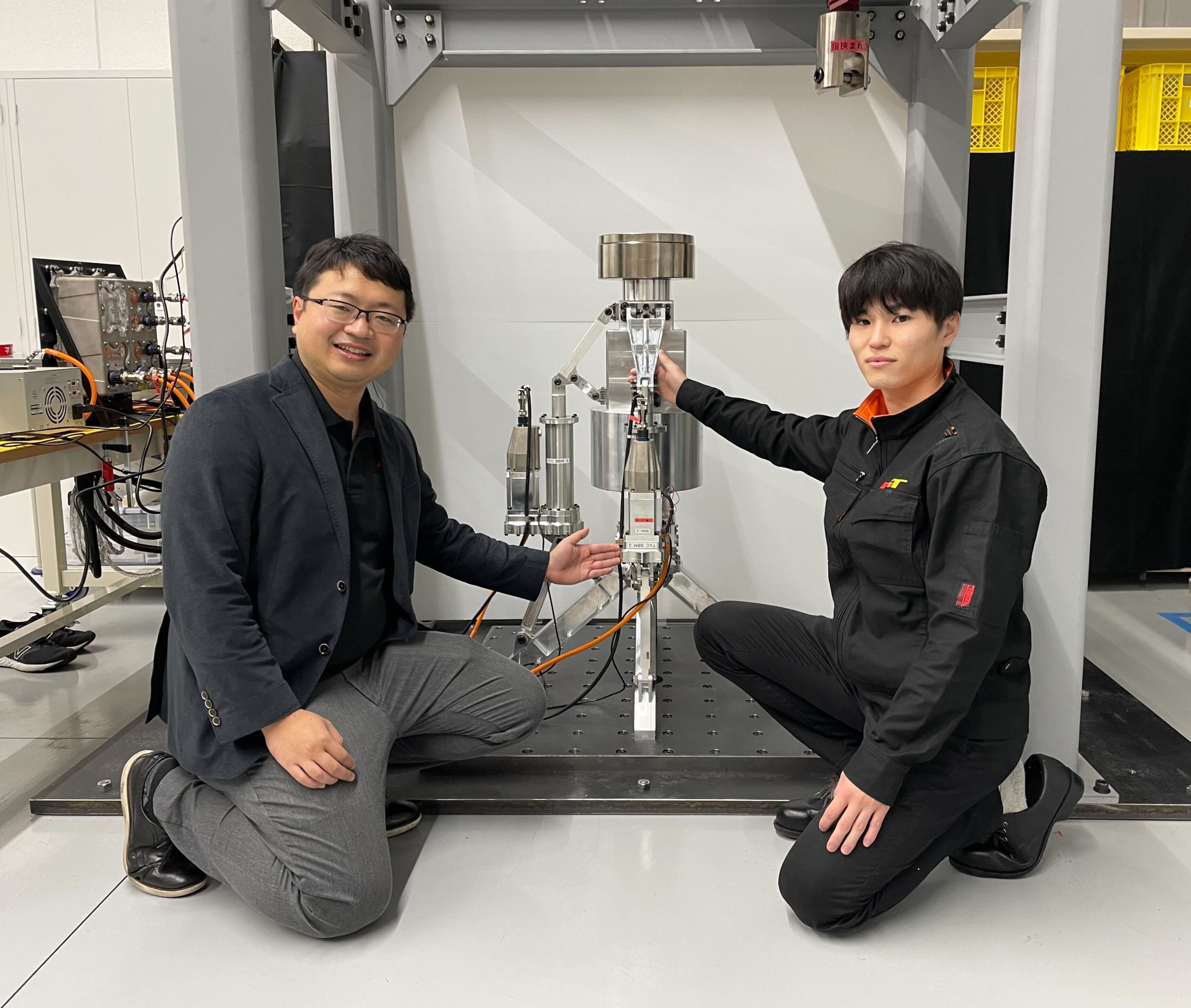 Interstellar Technologies Corporation (headquartered in Taiki, Hiroo-gun, Hokkaido; Takahiro Inagawa, President; hereinafter referred to as “IST”) conducted gimbal performance testing, for the purpose of rocket attitude control,at its Fukushima branch on December 6, 2022. IST aims to become a comprehensive space infrastructure company through low-cost and convenient space transportation services. Japan is known to be well suited for the space industry, as it is one of the most favourable locations in the world, with the Pacific Ocean to the east and south making launches accessible and a robust supply chain in the manufacturing industry. IST is committed to building a domestic rocket manufacturing supply chain and making the space industry Japan’s next manufacturing industry.

ZERO is a small rocket with a length of 25m, a diameter of 1.7m, and a total weight of 33t. It is a two-stage rocket with nine engines in the first stage and one engine in the second stage. The gimbal mechanism, which controls the direction of thrust for each engine, is a component that requires technical expertise and has been developed mainly by the Fukushima and Tokyo branches.

The gimbal mechanism consists of two actuators – which control the direction of the engine jets by extending and retracting – and a gimbal joint that supports the engine section. The development period was approximately one year, and testing of the components individually has been underway since June 2022. In this test, we confirmed that the gimbal mechanism, as a whole, achieved the speed, accuracy, and control as designed.

IST developed its gimbal mechanism in-house, drawing on the experience and expertise of the sounding rocket “MOMO,” which has reached space a total of three times, to realize a speedy design, low-cost, and optimized for ZERO. Another feature of the ZERO is that it uses the latest electric motor-type actuators instead of hydraulic type, simplifying parts and enhancing control functions.

Purpose of test: To confirm whether the product performs as designed.

Test result: Confirmed that the output is within the specified performance. 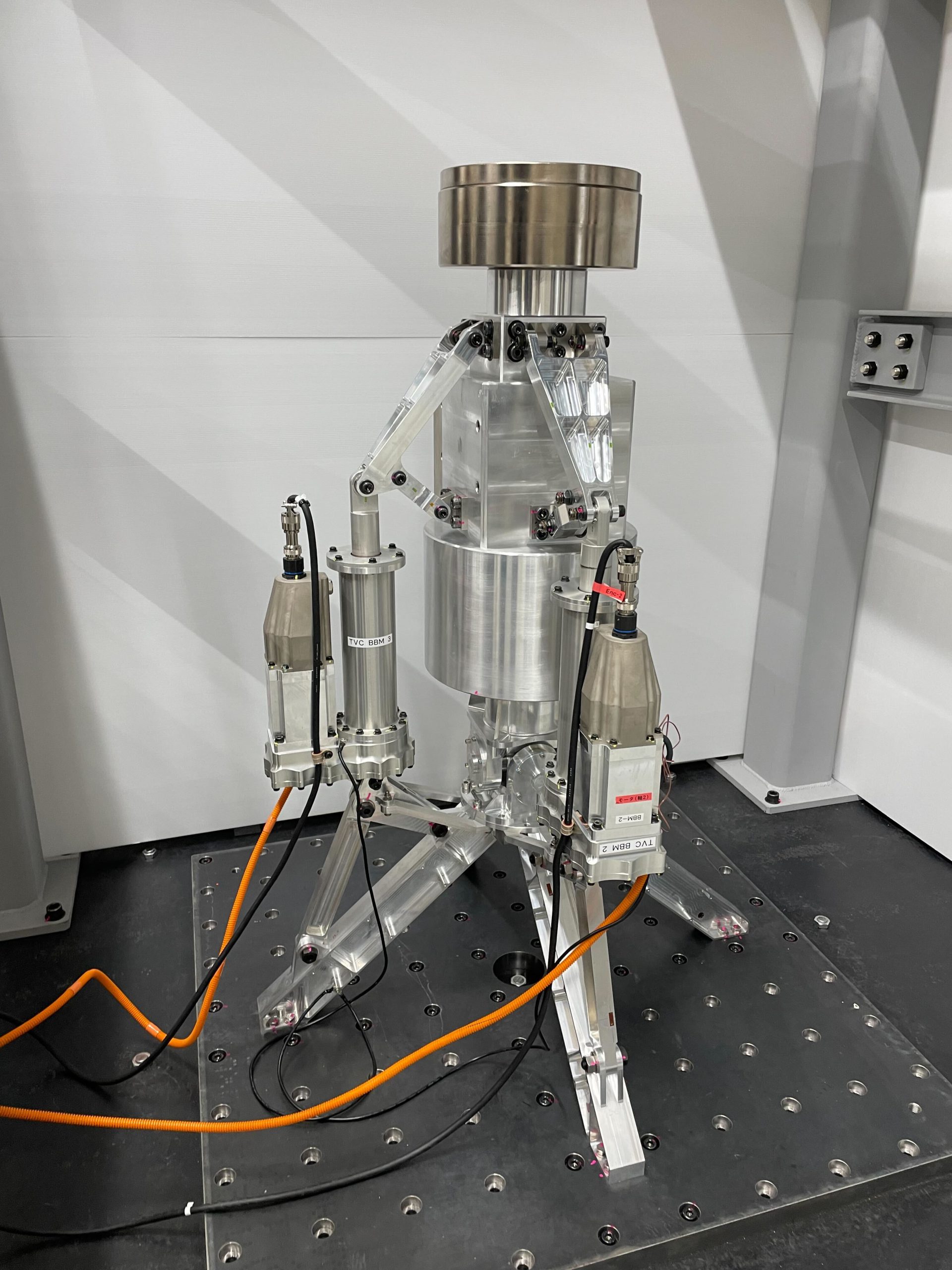 The global space market is expanding yearly and is expected to grow to a massive 110 trillion yen by 2040, nearly three times the current market size (*1). In particular, demand for small satellites is growing significantly, which is expected to have a ripple effect on a wide range of fields, such as the spread of satellite-based internet communications and the realization of a “super-smart society” that utilizes satellite data.

On the other hand, in response to rapidly growing needs, the number of domestic launches of rockets, the only means to transport satellites, is limited to a few times a year, or about 2% of the global market share (*2), and domestic demand for satellite launches is currently leaking overseas. Launch from Russia used to account for about 20% of the world’s space transportation, and the lack of space transportation capacity has become a global bottleneck in expanding space utilization. Furthermore, the war in Ukraine has led Japan, Europe, and the United States to no longer be able to use Russian rockets.